High Speed Ovens were in operation at this years Fringe Festival. Throughout August a TurboChef 1618 Conveyor helped sell over 10,000 slices of pizza.

With over two million tickets sold for the 50,000 performances across the Fringe Festival in Edinburgh, there are a lot of mouths to feed. The catering at the Festival has grown massively in recent years and is planned many months ahead of the Festival in August.

One of the central food courts was on the steps of Edinburgh University. It featured a variety of food and drink outlets including a brand new “Pizza Shack” concept. Following on from successful 2016 the team wanted to speed up service. Previously it was taking 8-10 minutes for a pizza to bake and at peak periods the caused lengthy queues.

Working with High Speed Ovens, the team helped to develop a pizza solution featuring the TurboChef 1618. The ‘Shack’ measured 5m x 3m and had to incorporate the oven, a hot display, prep table as well as a drinks fridge. 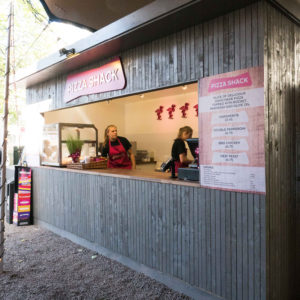 The TurboChef 1618 is perfect for this type of operation. It is under 950mm long and will sit on a 700mm deep counter. The Pizza Shack used a part baked dough to reduce the amount of prep required in the tight space and reduce the cooking time.

Typically a part baked dough will cook in roughly 3 minutes. A fresh dough pizza will cook in just over 5 minutes (when cooked in a pan). The oven features independently controlled elements on both the top and bottom of the oven. This allows the kitchen team to get the exact finish on the pizza that they are after.

We’ve been delighted with the sales performance of the Pizza Shack over the course of the Festival. Our sales are up over 20% compared to the last year. Most importantly we’ve kept the queues down, served people faster and hopefully added to their experience at the festival”

For further information about the TurboChef 1618, please contact us here 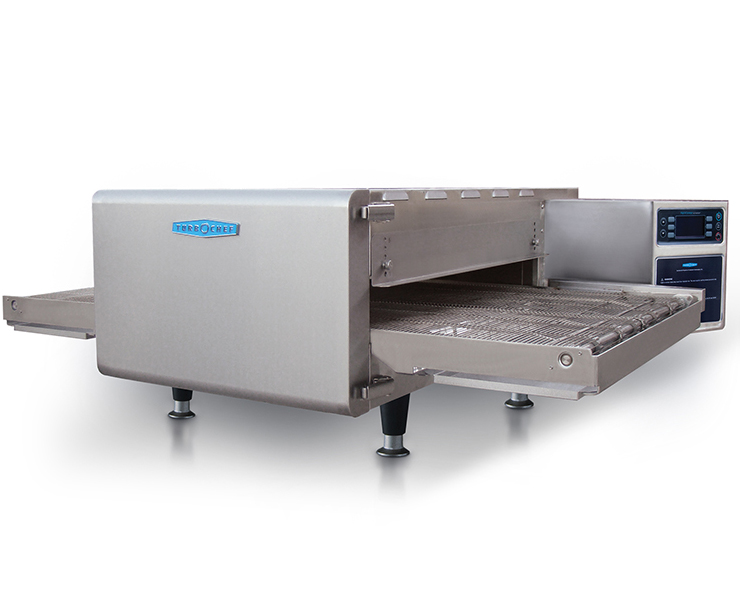 For businesses where pizza is the primary product the TurboChef Conveyor range offers cutting edge innovations as well as producing consistently great pizzas.

If you would like further information about any of the ovens we sell, or would like to organise a demonstration, please send us an enquiry.